I could never remember getting her back from an exhibition at The Plough, and thought she’d been stolen. But she turned up in the vault of another gallery, slightly the worse for wear, mildewed and uncared for. Although I was of course pleased to see her again, there was a sliver of disappointment, not because of the mildew but because I thought that someone else had valued her enough to go to the trouble of stealing her. Is that the right seal of approval to seek? Probably not.

Anyway here she is, cleaned up a bit. 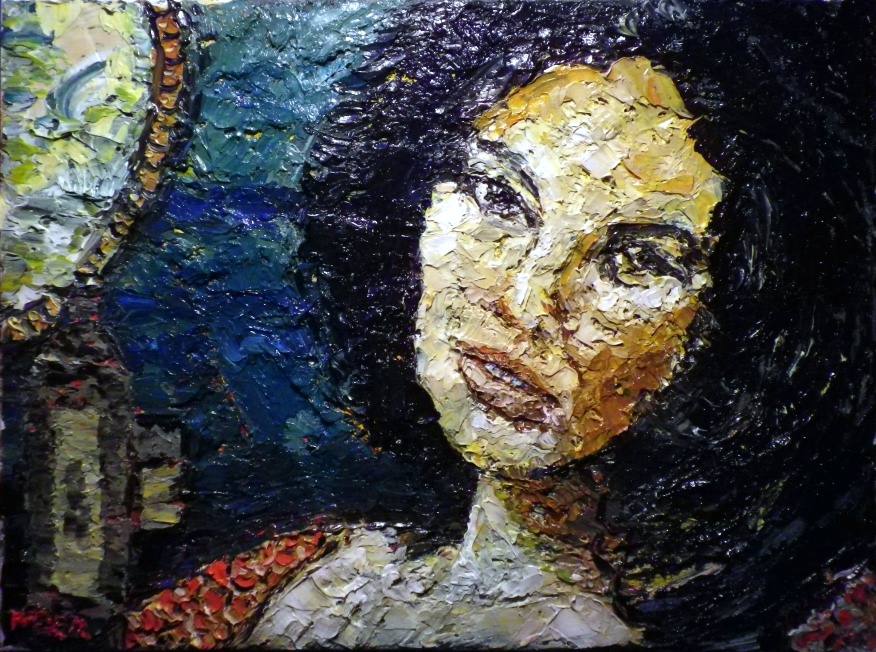 The Palestinian lady whose name I regret I can’t remember made the journey from Palestine to England to north-west Scotland, and now resides in my kitchen, but she can be visited here. Maybe someone will buy her, rather than steal her. This is a detail…

At last, I feel I can begin writing again, and this is the first brief poem after arriving:

They said, oh no, you’ll find it far too cold
And there are midges, midges everywhere.
Then they said, you’ll find it too far away.
Anyway, don’t you think you’re far too old?
So be sensible and don’t go up there.
But today after two weeks and a day…

The weather is pure Andalucian
And look! There! Eagles circling high above
The kind mountain monsters surrounding us
While pale orchids garland-down the garden
Swallows circle about a Collared dove
And gossip, gossip round our Highland house.

I don’t think anyone who reads it will recognise themselves, at least I hope not..

With all good wishes,
Richard