The winter shore is a magical place partly because there are no trippers, in fact, there are few if any people at all. This opens up space for the birds, especially winter visitors fleeing here from fiercer conditions north.

‘Opened up’ it certainly is. There are wide expanses of shore, earth, sea and sky raked by wind, rain and a slanting sun. Dusk is even better. When I was much younger, I would go down regularly in the winter – a three mile walk from my home in Prestatyn in North Wales – when home from school or later after work. Even though I now live in soft Devon, a big part of me remains resolutely Northern.

These walks came back to me this winter in North Devon, I don’t know why apart from loving northerly places, and I wanted to crystallise the remembrance of those melancholic beautiful lonely walks with a poem Winter shorelines – it contains this stanza:

The winter beach was my escape from home.
Life-frayed decades have passed since there I’d roam.
Myself, birds and a lonely cold refrain
Would release my ‘little idiot brain’.
Where I could wander and be truly me;
Then came a Sibelius symphony. 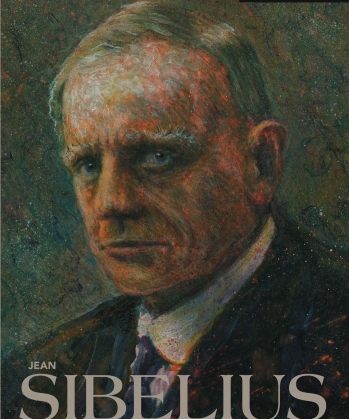 The Finnish composer Jean Sibelius (1865-1957) was dying just as I was beginning to live; he has spoken directly to me ever since. A critic, Olin Downes, in 1913 said about his Fourth symphony, my favourite, “Sibelius speaks of grey skies and silent expanses of lakes and forests, of bristling crags and winds and supernatural sounds in a wild land.” And “[It] is the solitude of a man alone with nature, bitter against fate, cursing the heavens.”

Much later, in the year of my birth, he said Sibelius had “…gone too far and remotely into the fastnesses of his own spirit, following a path from which there would be no returning; that had lost touch with his fellow man.”

The doyen of Sibelius critics, David Hall, said of his “… grand, solitary … mood … its sombre but intense beauty, are still heavy upon us as we try vainly to communicate in words the quality of Sibelius’ Fourth.” It is an “evocation of the stark and the superstitious.”

David Hall is right. My poem does not try to do that; it is just a personal connection.